Equipment tracking and calibration management in Cleanrooms with RFID 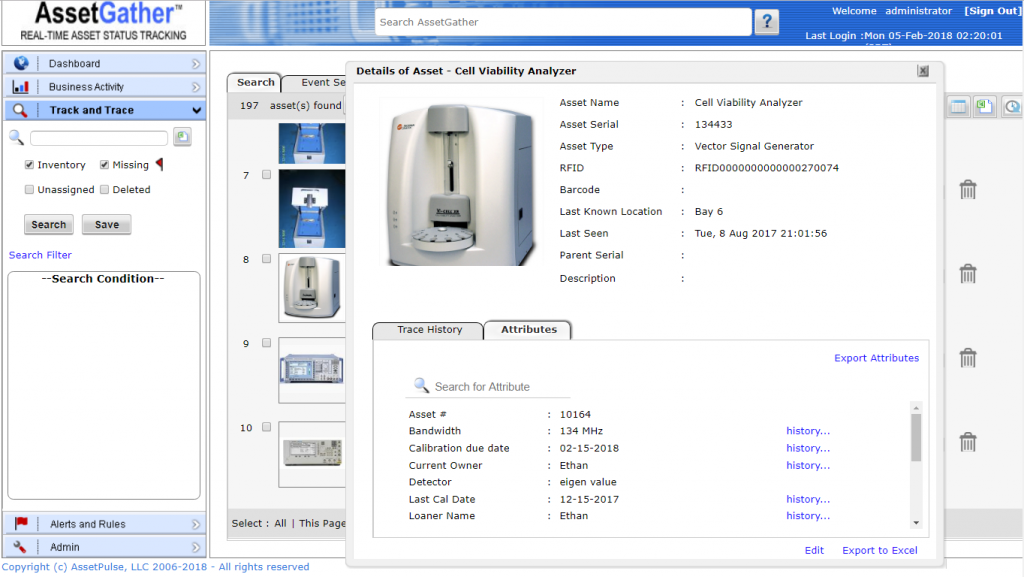 The AssetGather automated RFID asset tracking solution tracked the movement of equipment leaving the Cleanroom and entering and exiting the Metrology Lab. Automatic tracking alleviated the shortcomings of the manual process involved in keeping track of equipment moving between Cleanrooms and Metrology..